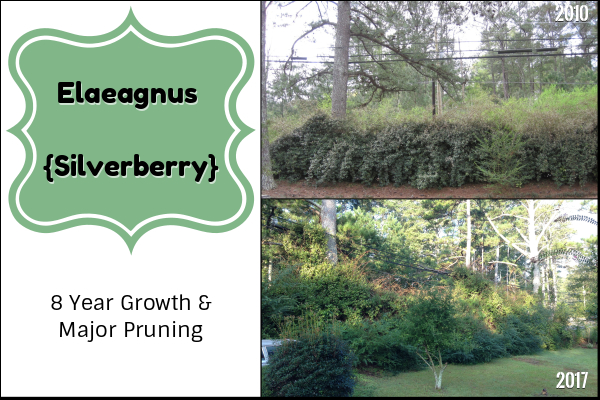 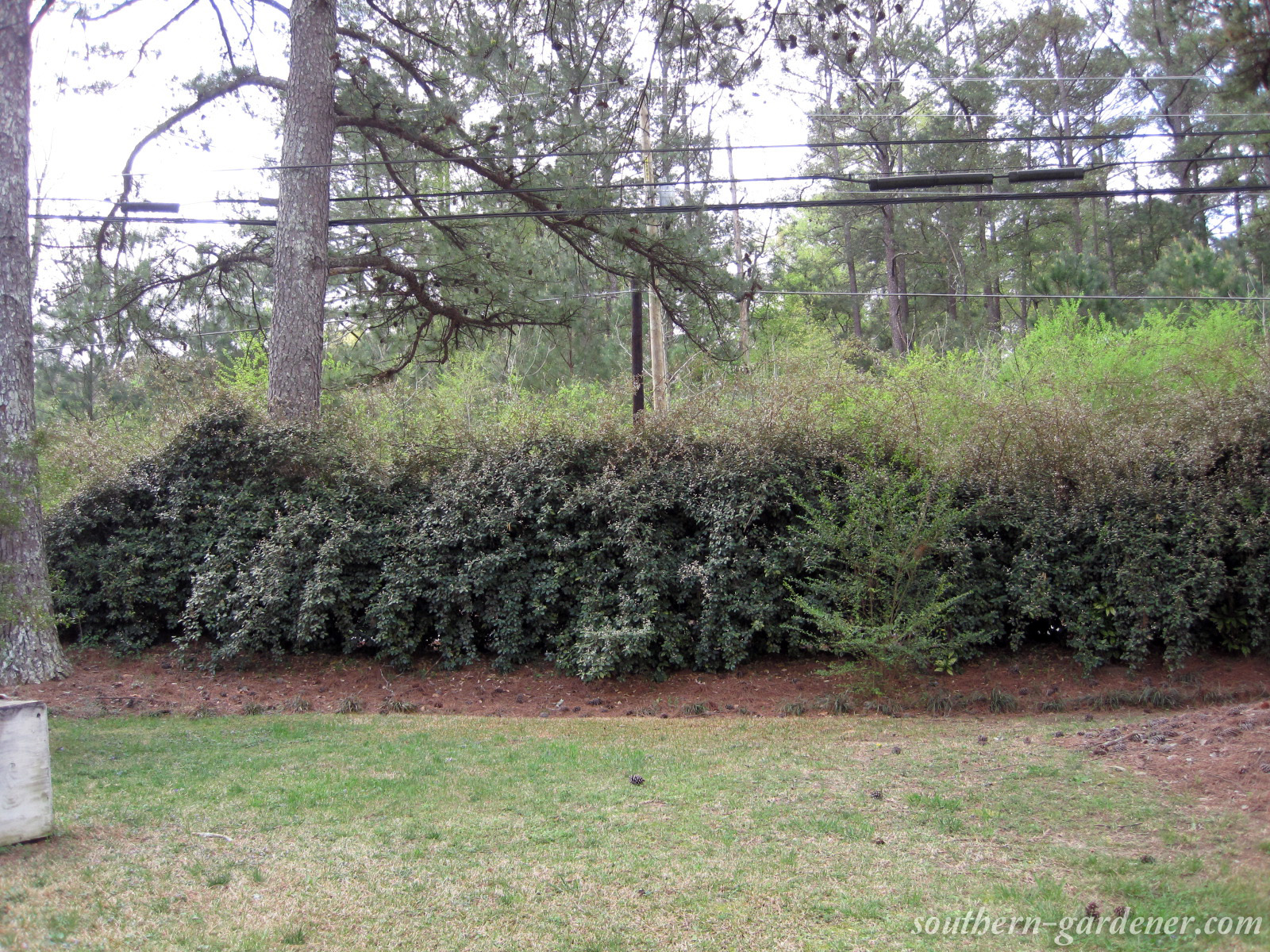 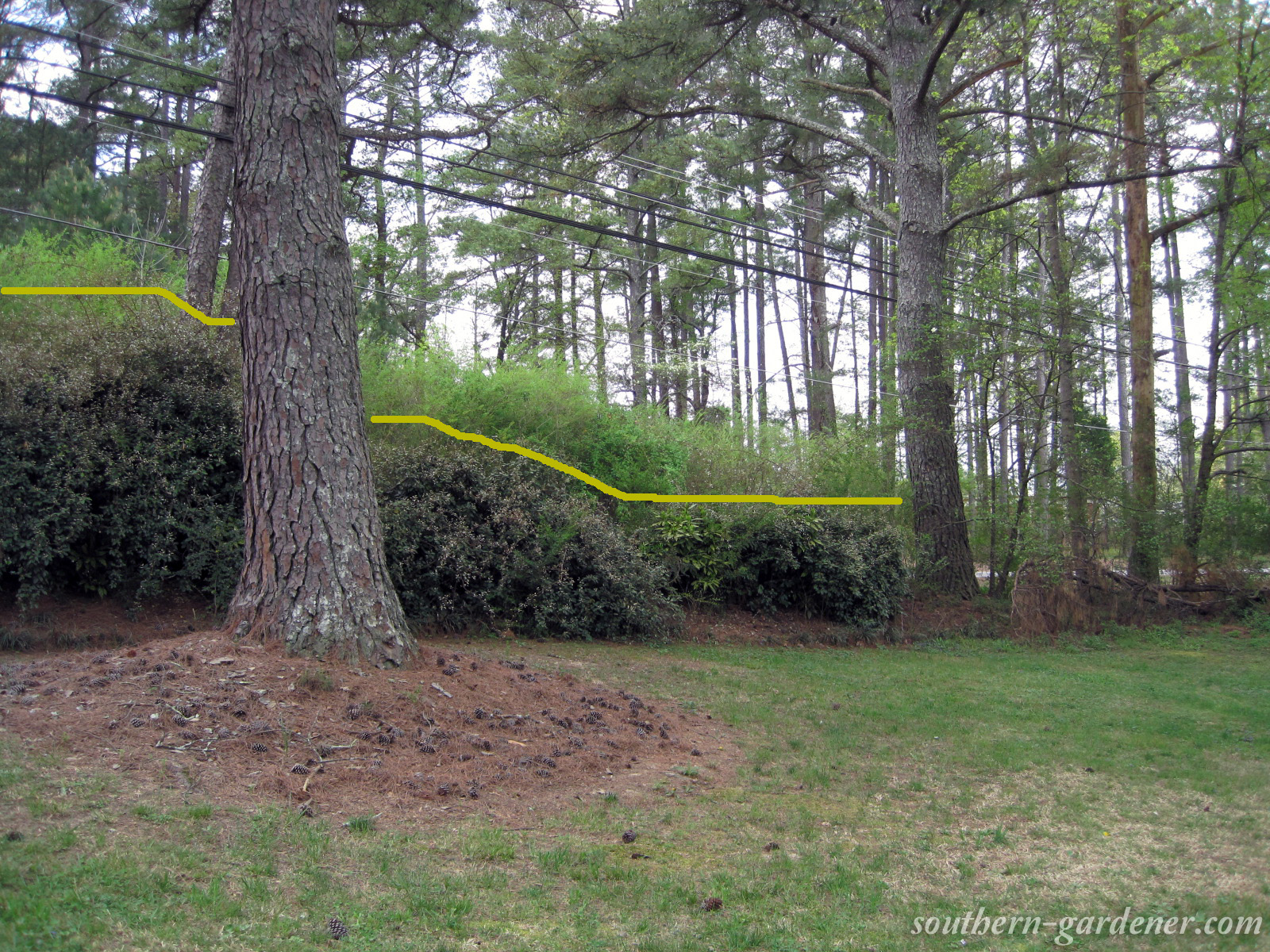 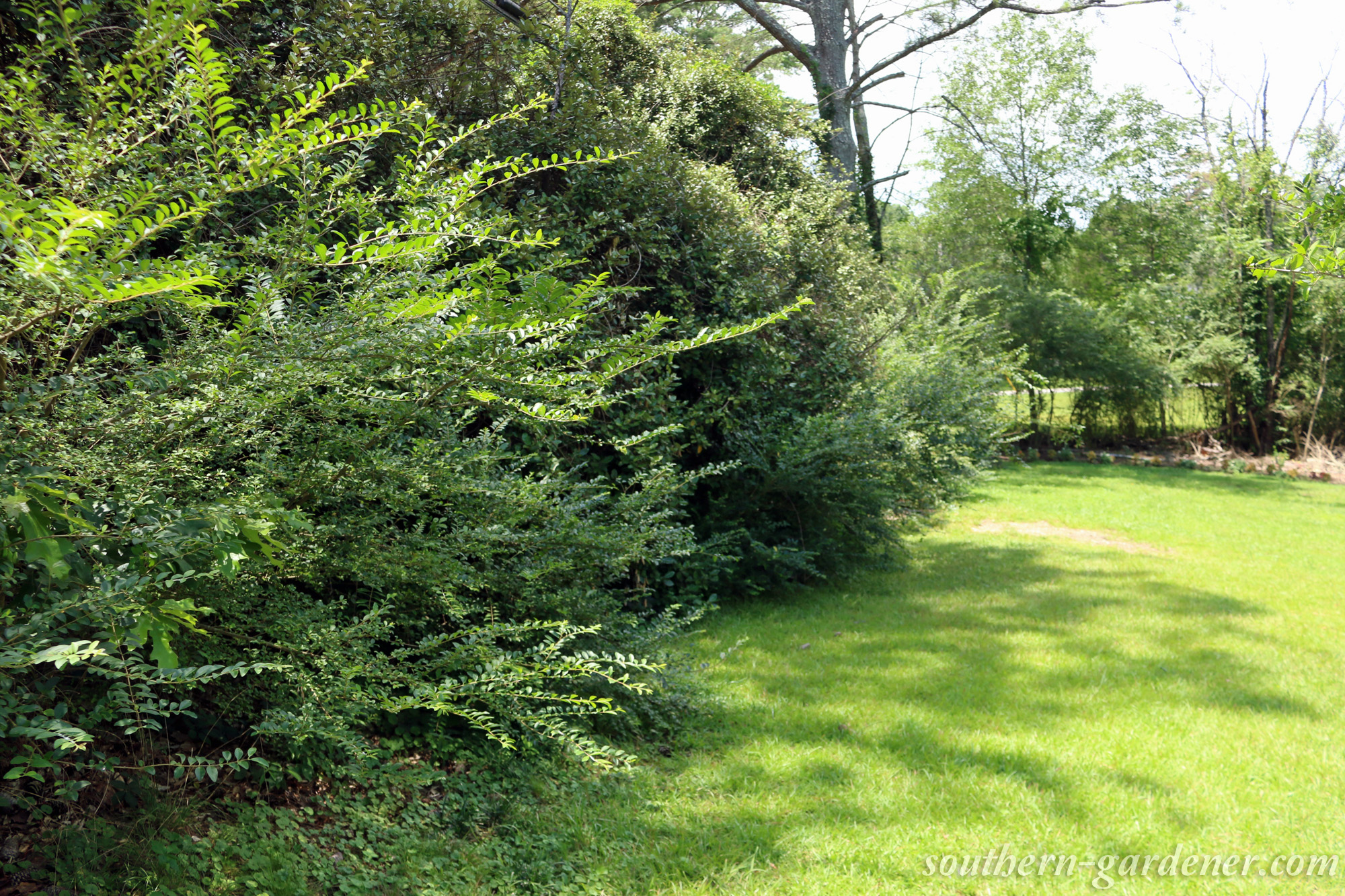 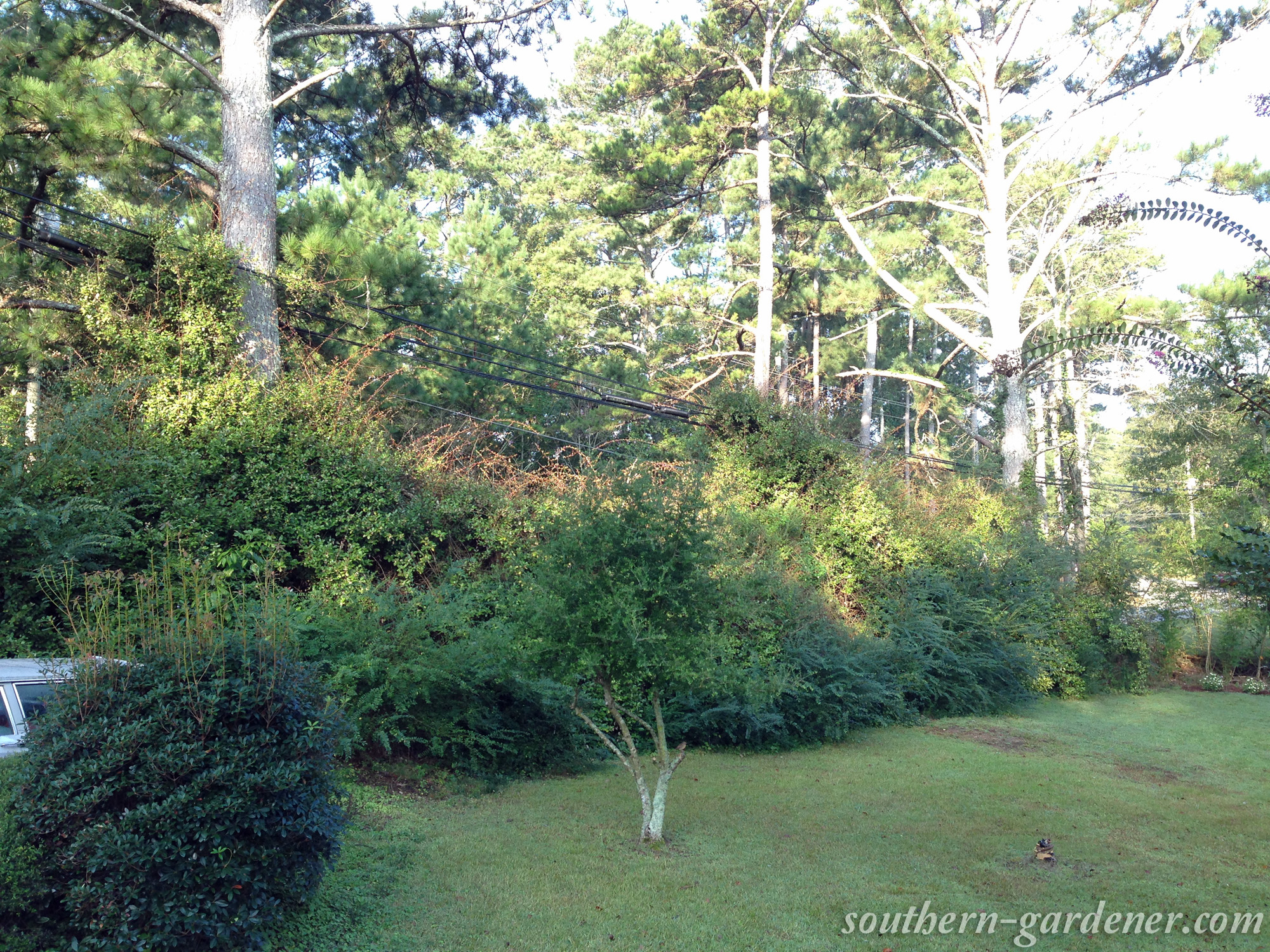 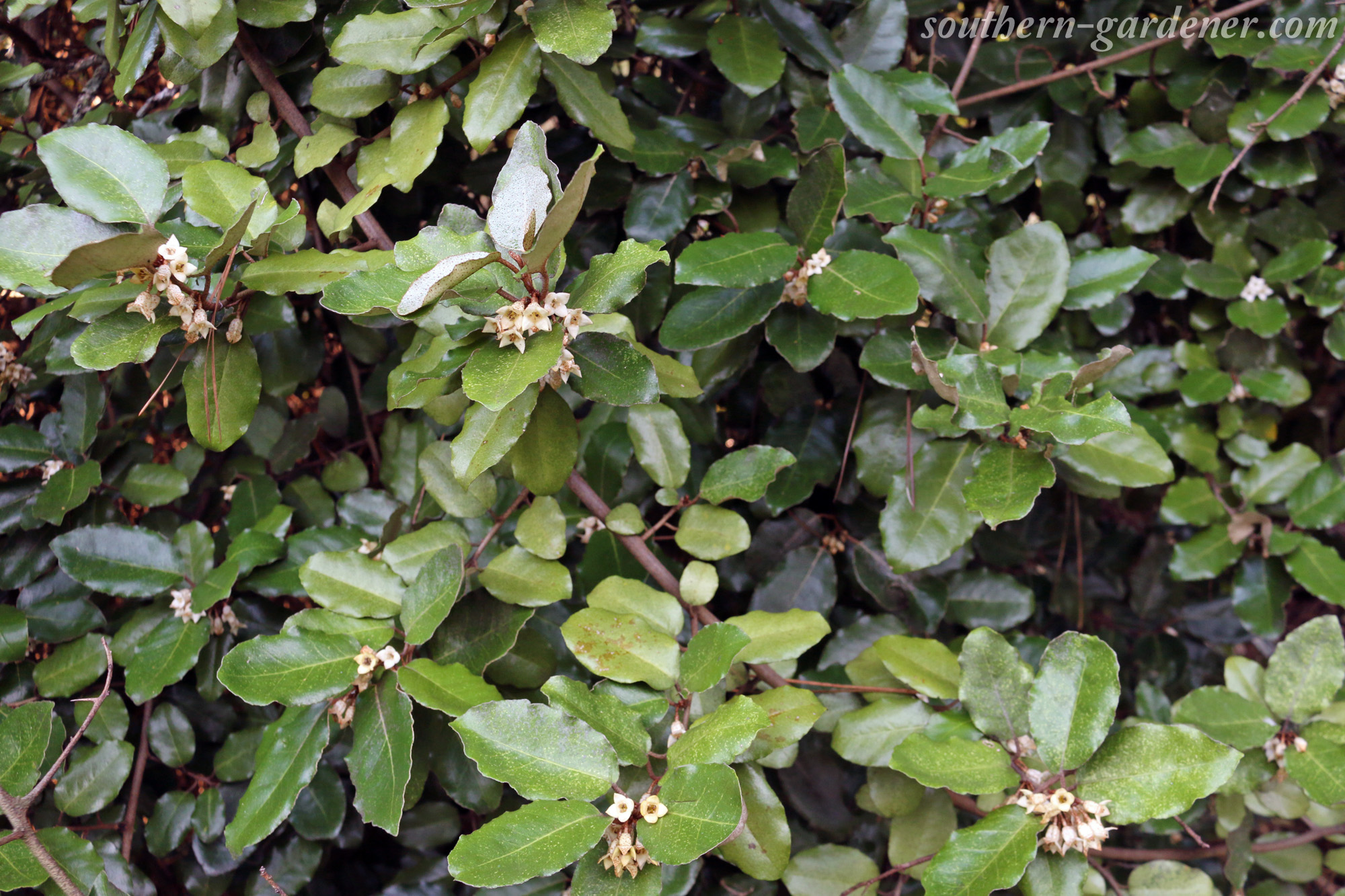 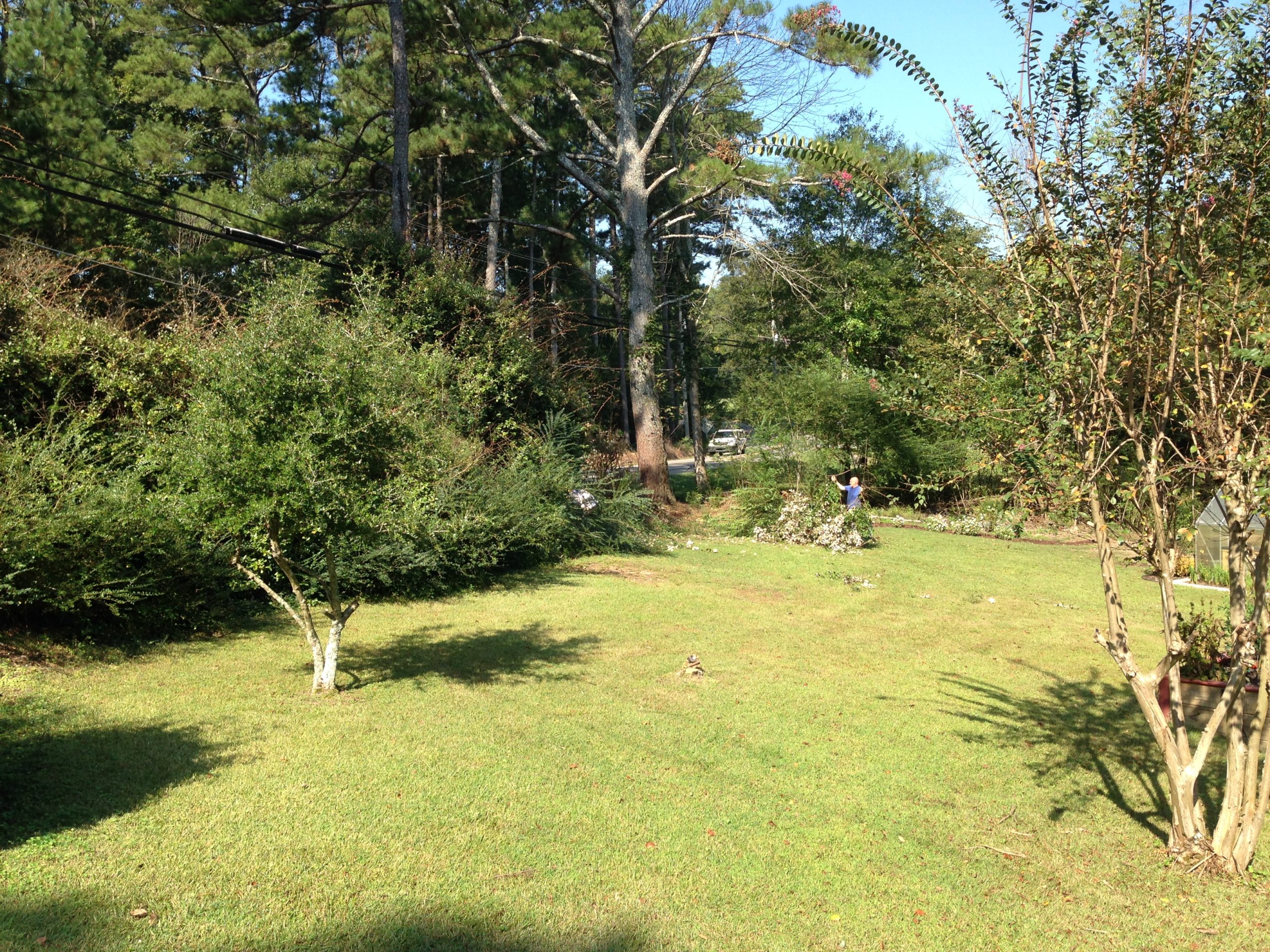 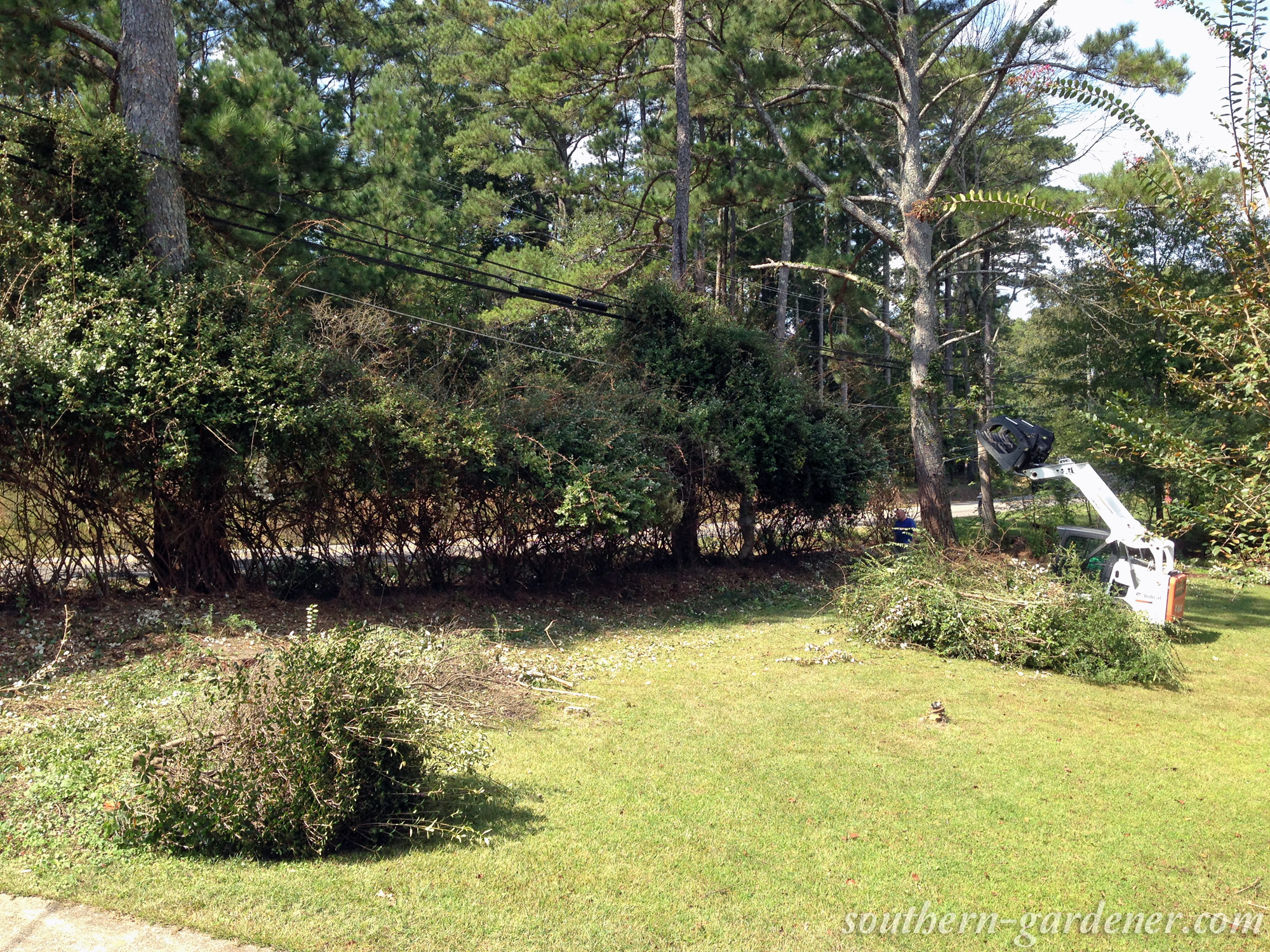 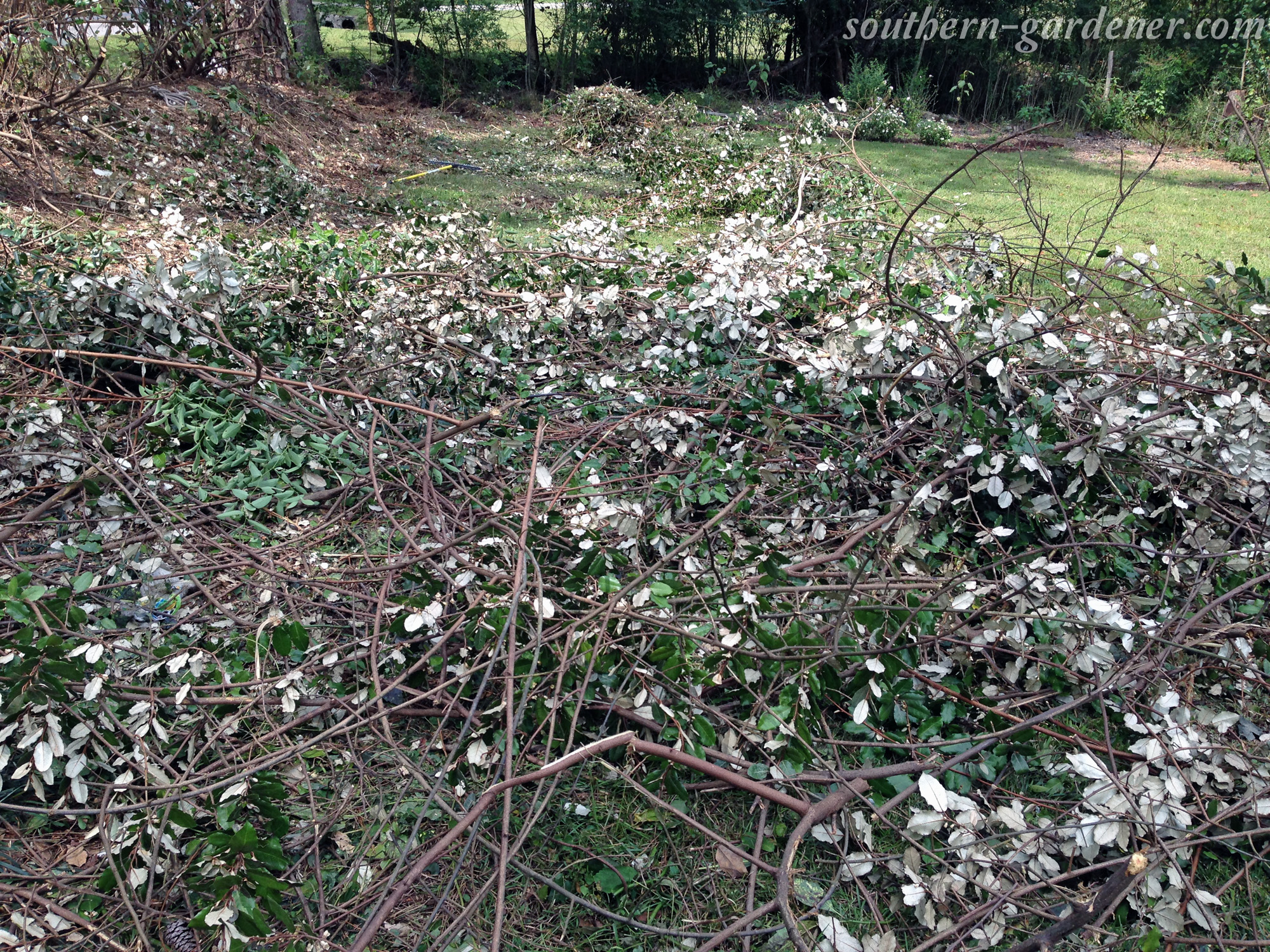 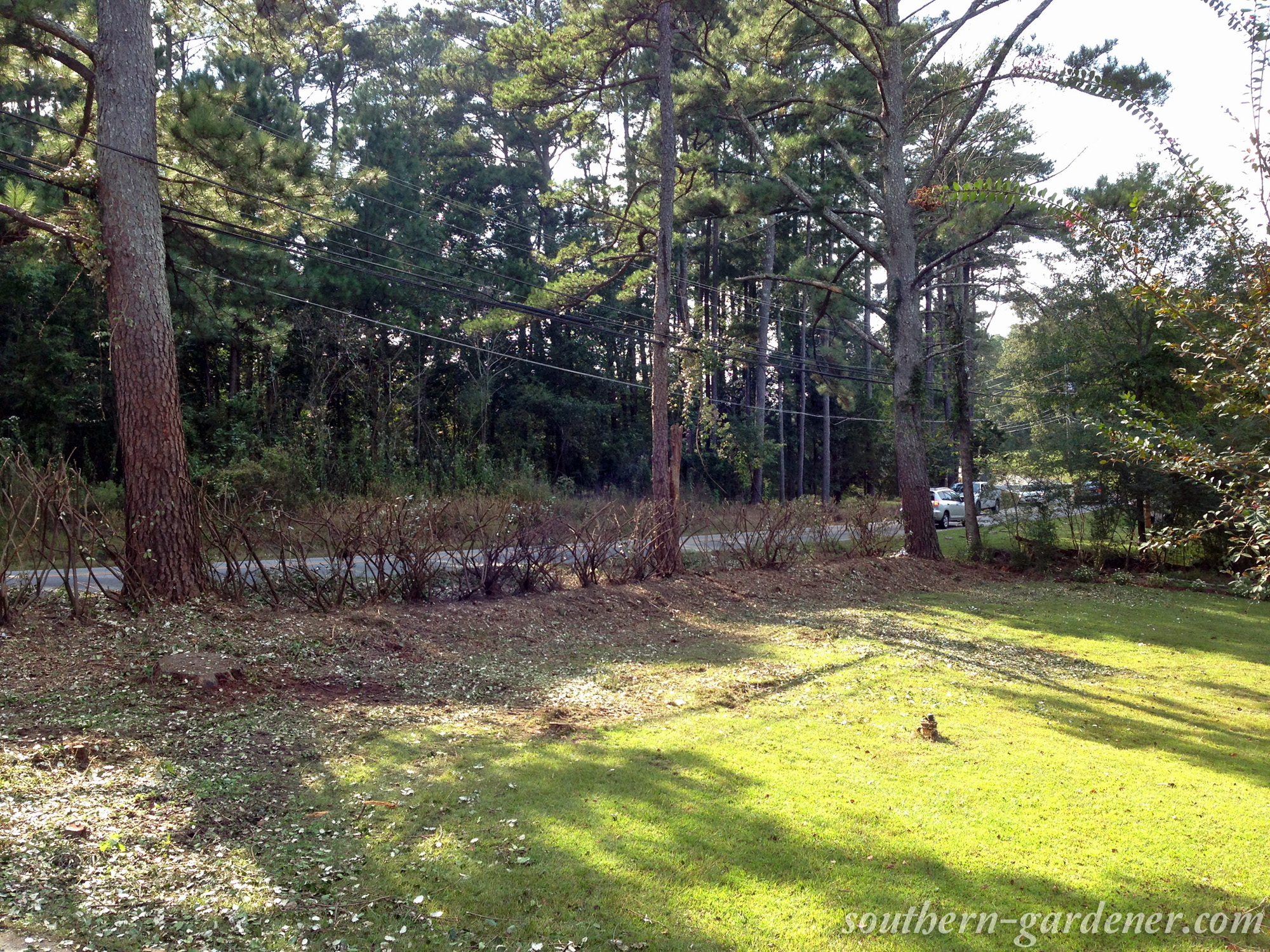 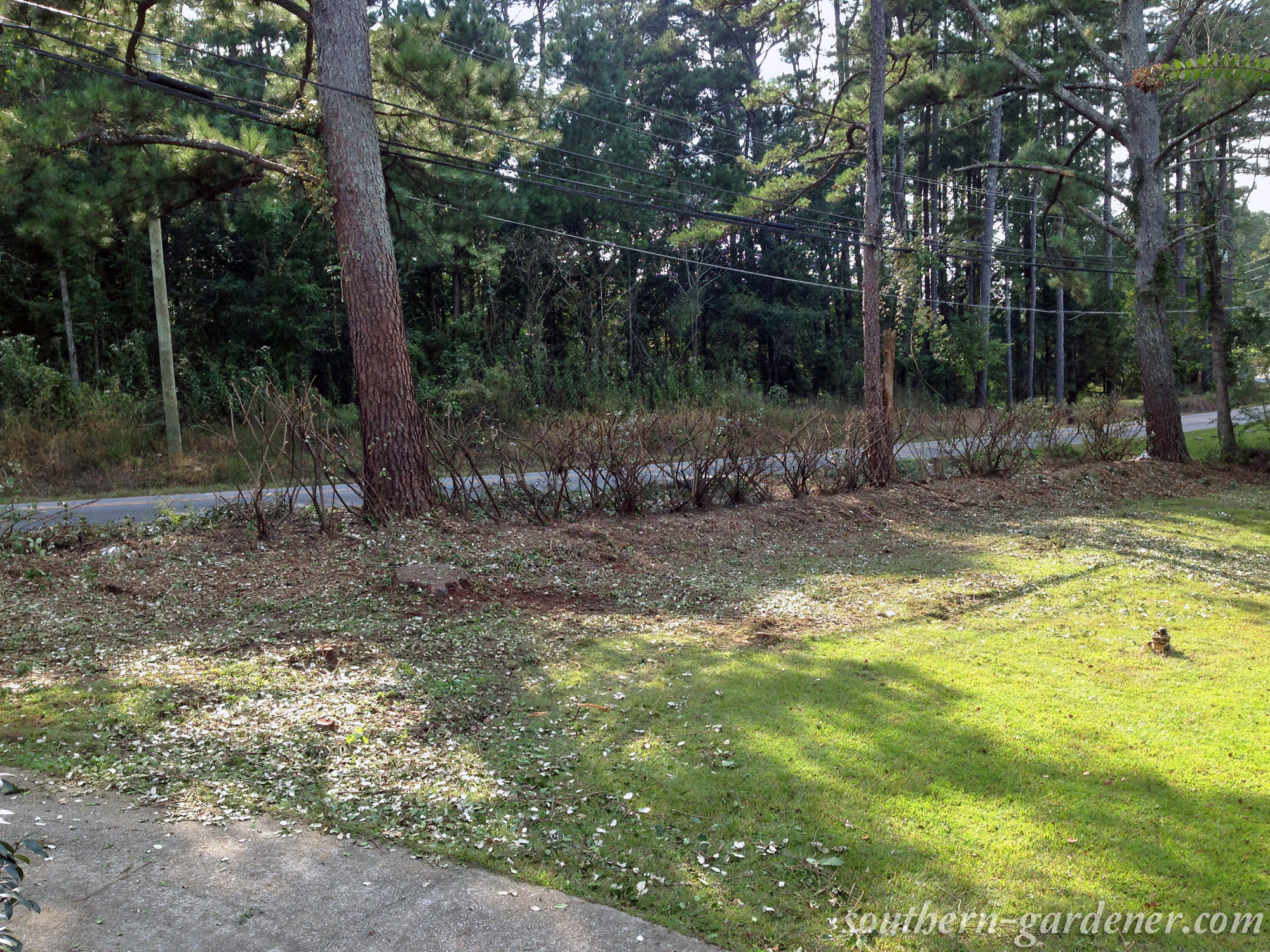 I filmed some video footage of them removing the elaeagnus and made most of it a time-lapse video.  At the 3:38 mark in the video, I slow it back down to real time with sound so you can see them trying to pull the elaeagnus out of the utilities lines with the bobcat.  I will make sure to keep this hedge trimmed each year so it never gets so out of control again!