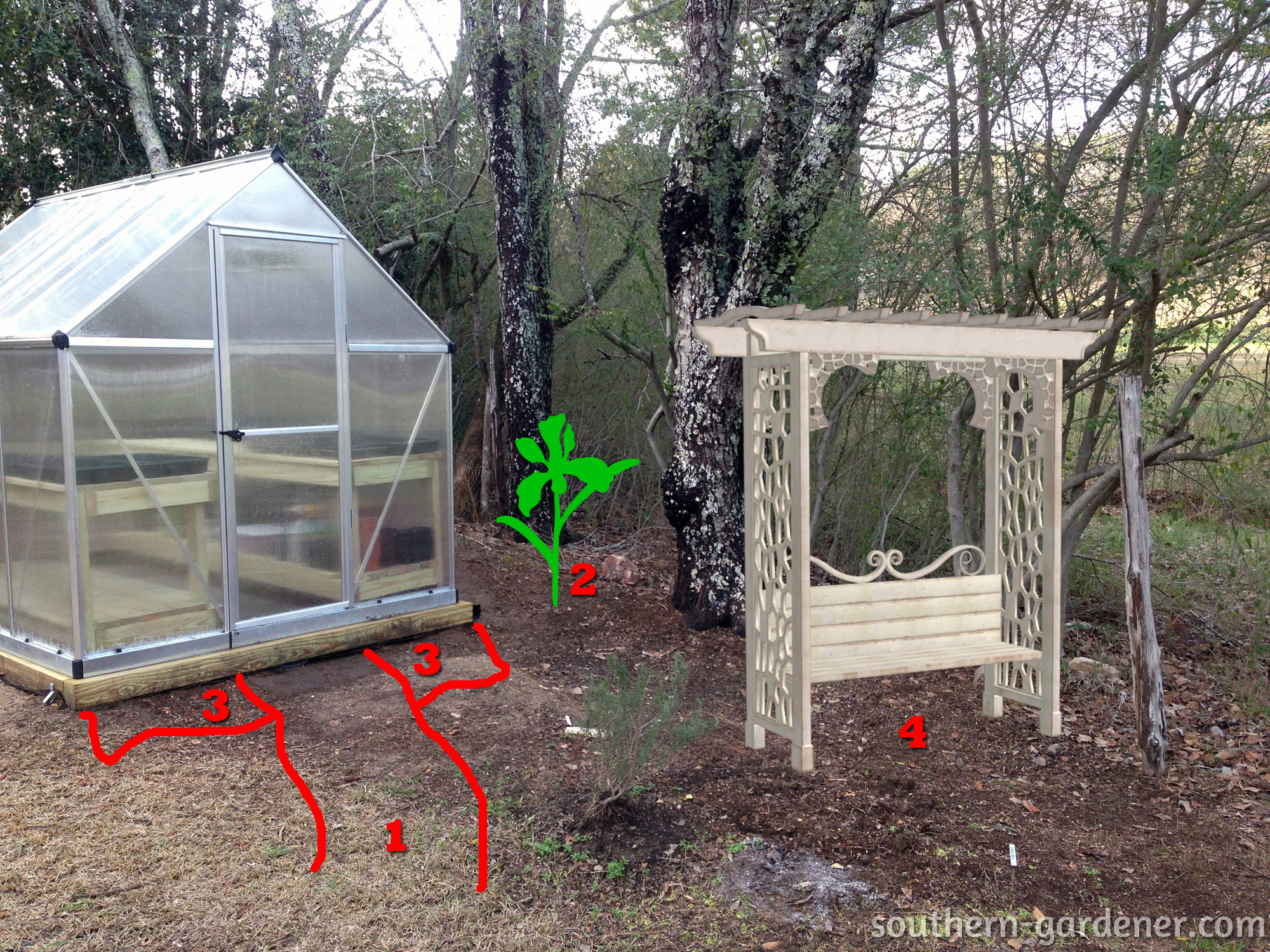 Now that the greenhouse has been constructed, it’s time to start on the landscaping.  I have done so many Google image searches for greenhouse landscaping, trying to get ideas for what I’d like to do.  I am writing this post after I’ve already started on some of the landscaping, and a few of the things I’d originally planned have changed.  These were the original ideas I had, and I will share the updated plans with you as I go.

Please excuse the scribble in the image below. 😆 I just wanted to do a rough sketch to show what I’d originally planned.

Front of the Greenhouse

Left Side of the Greenhouse 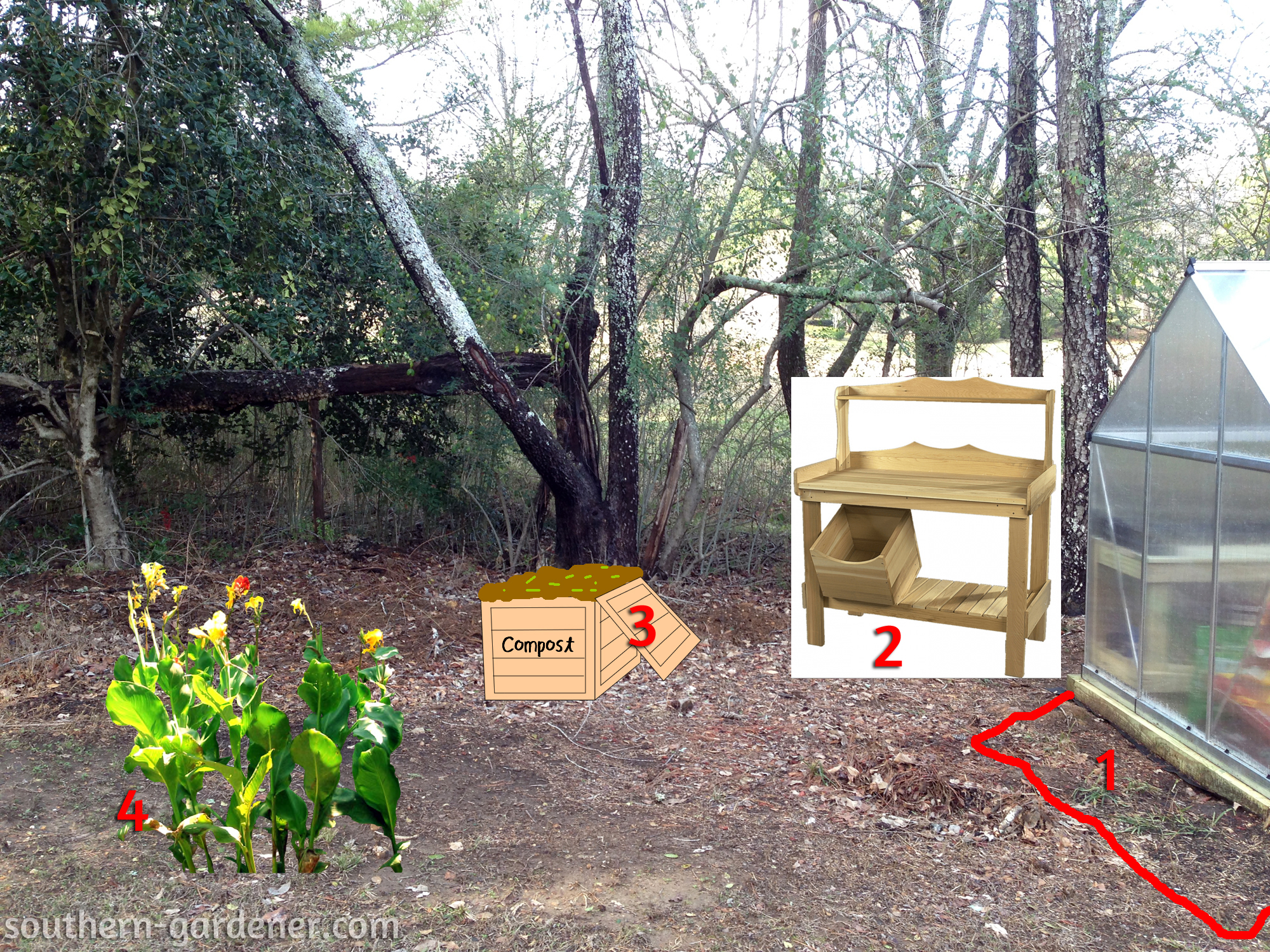 I will say that the plans for the back of the greenhouse have completely changed, but I am still thinking it out and planning that part.  It will be the last area I work on as far as general landscaping goes.

Right Side of Greenhouse 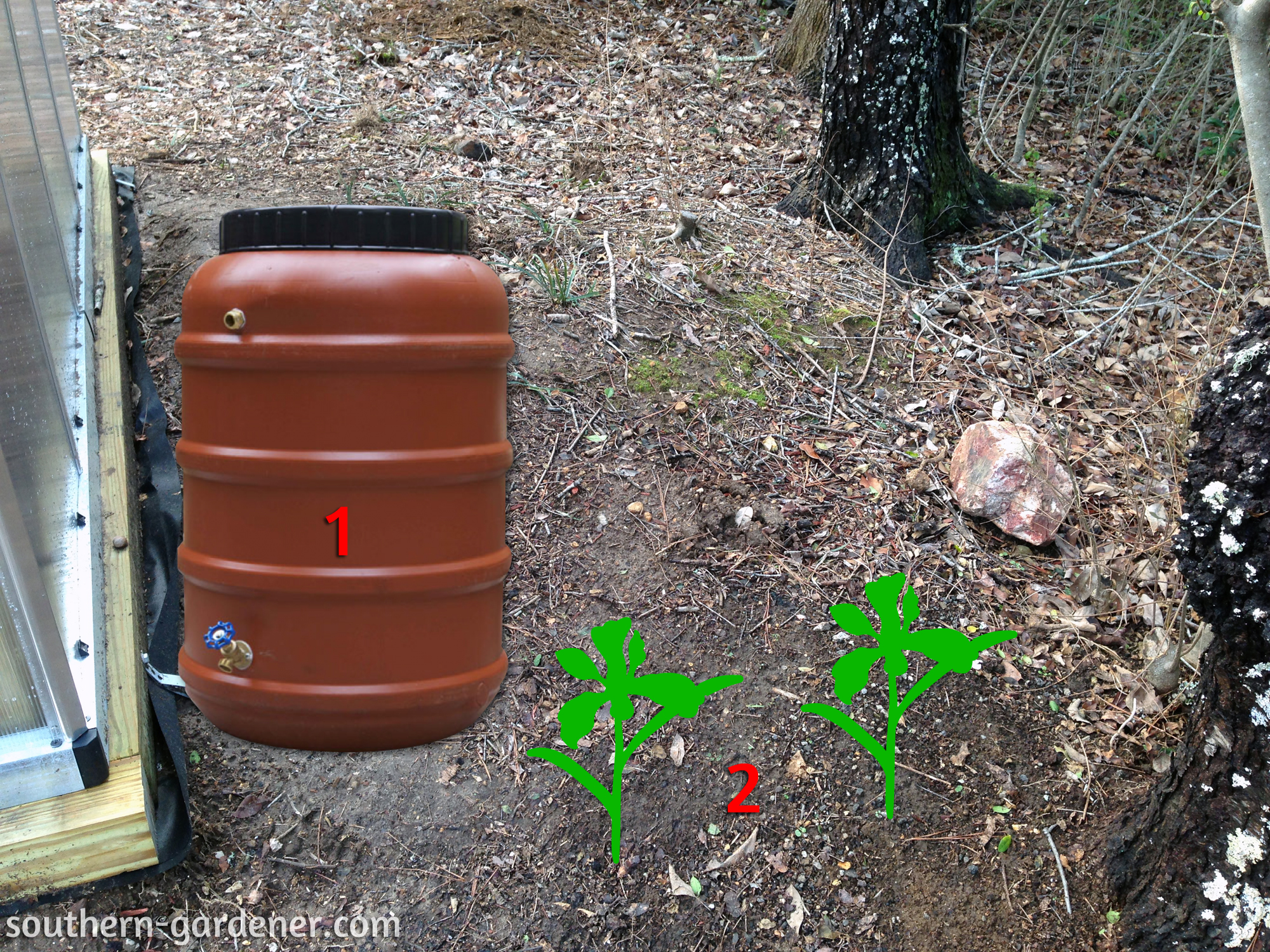 And there you have it!  My initial plans and ideas for the greenhouse landscaping.  As I complete each project, I will share my experiences with you!